Growing up near Yosemite I always knew that I wanted to walk in the clouds with the giant granite monoliths. I started rock climbing in February of 2017 inside a gym in hopes of one day climbing in Yosemite. I climbed for years and got into many other adventure sports such as mountaineering, skydiving, skiing, backpacking and even rope jumping. Nothing ignited as much of a fire within me as much as highlining did. I successfully walked my first highline on December 31 of 2017 and was hooked for life! Since then I have gone to learn many styles of slacklining and am loving the sport more and more each day. The feeling of flow state up on a highline is unlike anything I have ever experienced. It is extremely addicting! This is only the beginning for me. I plan to push the limits of highlining much farther :) 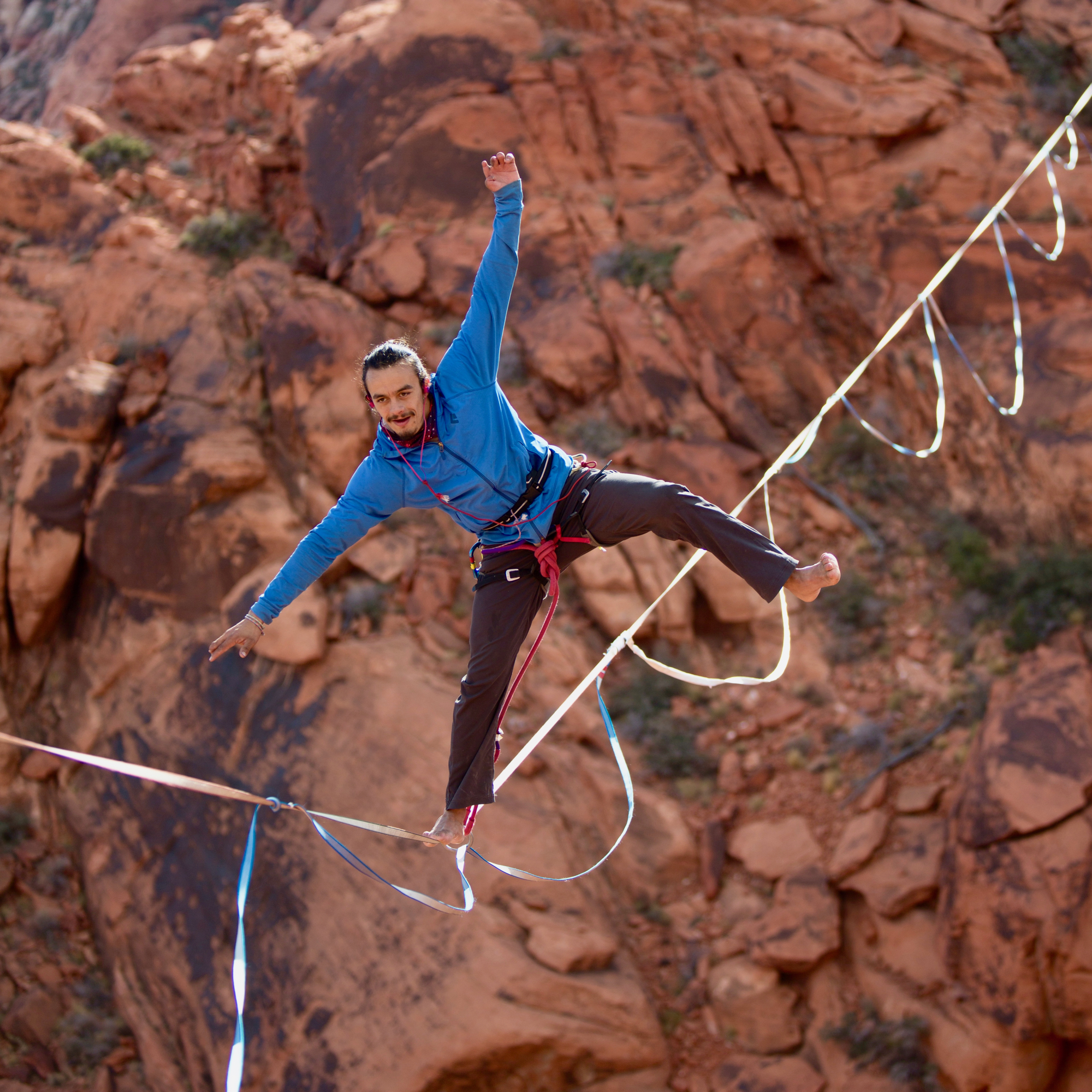 May 2020: Head rigger of California’s longest highline (600 meters) Broke my own record

August 2020: Assisted with the re-bolting of the Lost Arrow Spire in Yosemite Valley

September 2020: Became the first person to send every line at Yosemite’s Taft Point in under 24 hours! I also did a 65 meter ropeswing in those 24 hours :)